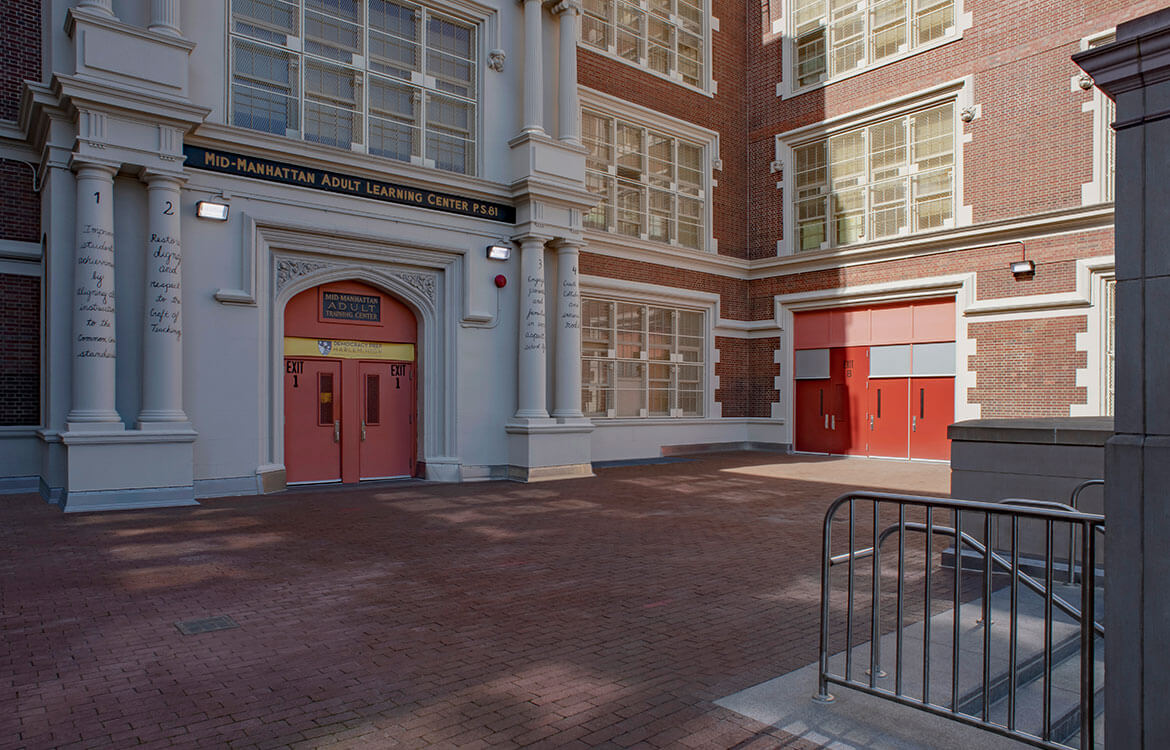 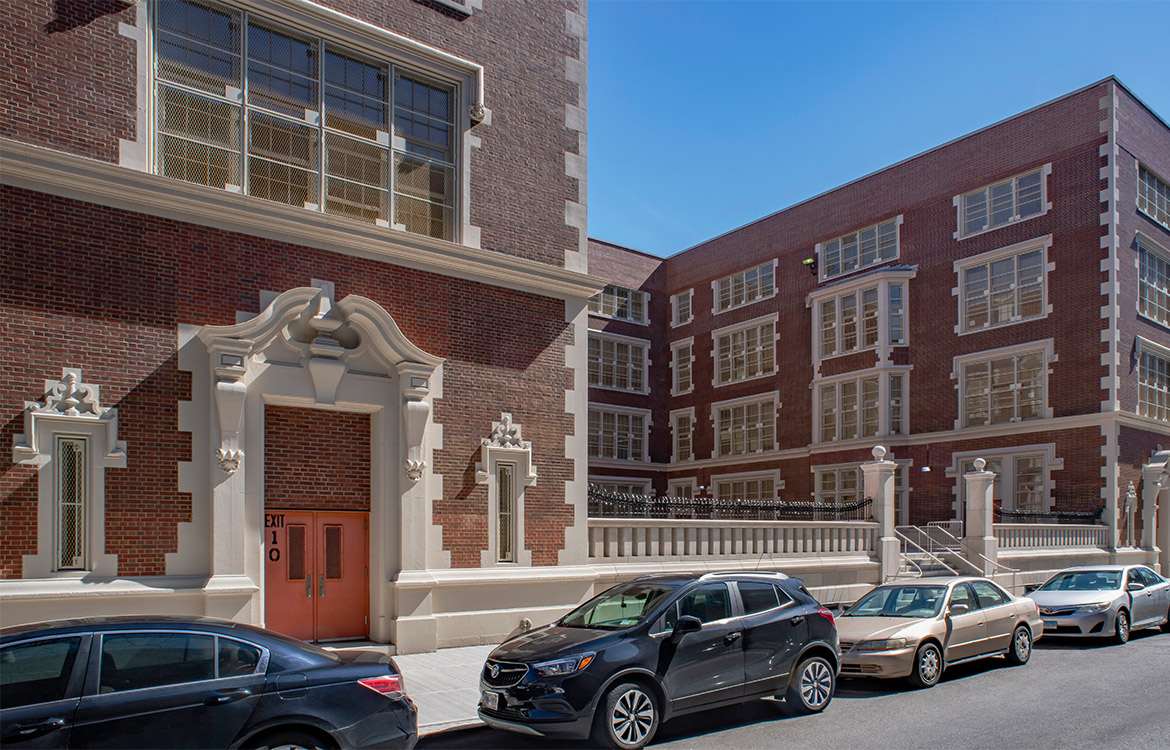 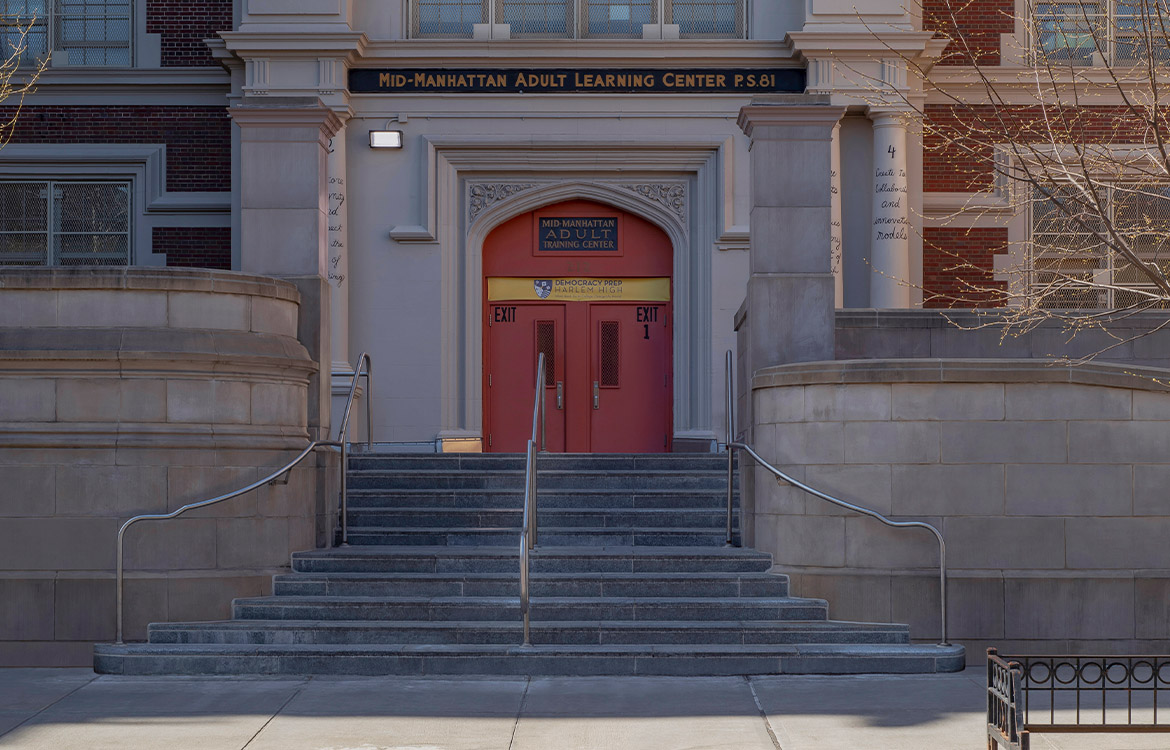 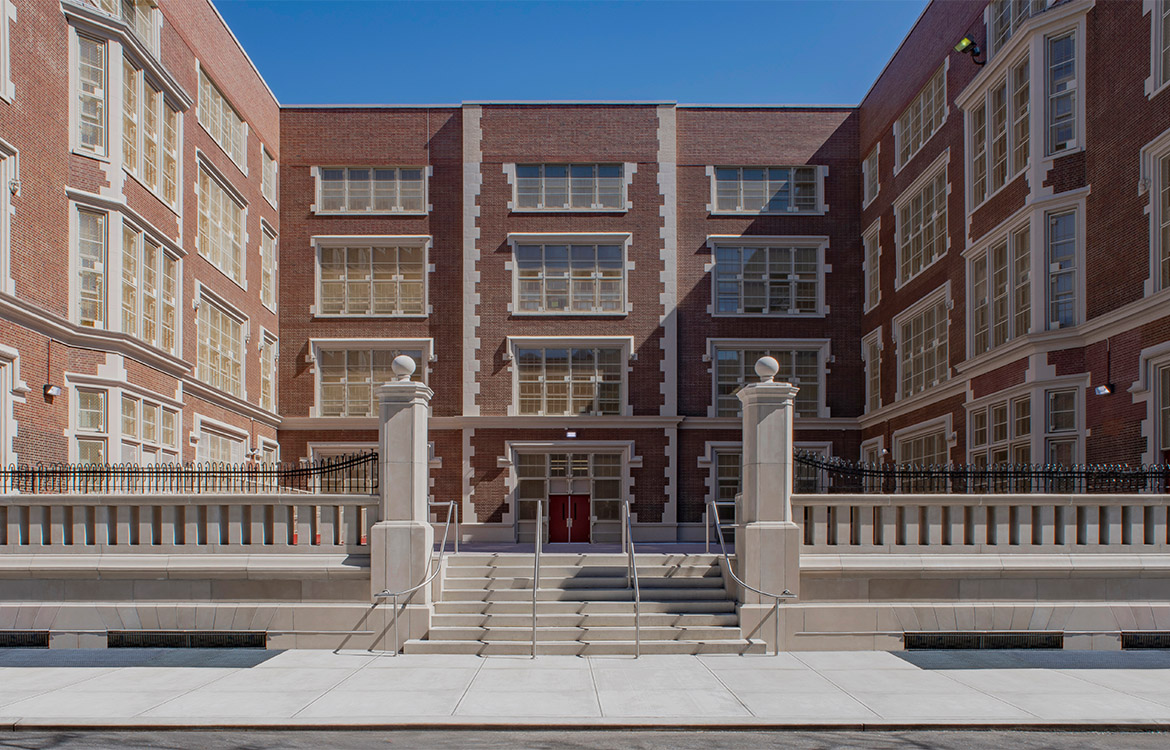 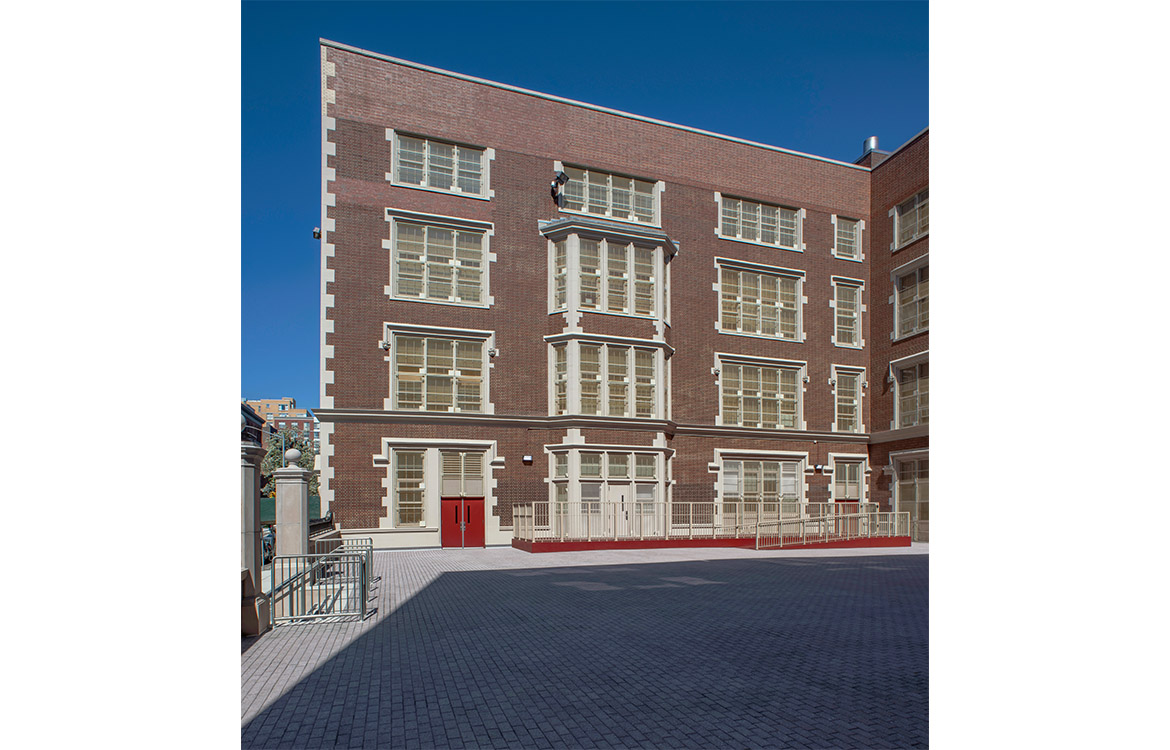 PS 81, also known as the Mid-Manhattan Adult Training Center, is located in the middle of a city block in the historic Harlem neighborhood. As part of two separate contracts, DMR designed extensive exterior, ventilation and electrical upgrades to the four-story, 110,000 SF building.

The original design is styled in a simplified gothic manner. Since the building is located mid-block, plazas are located in the front and back rather than the sides, resulting in an H-shaped plan. Built in 1912, PS 81 is comprised of solid load-bearing masonry walls with steel floor beams. As with many buildings of this age, it lacked proper ADA accessibility.

The first project was to eliminate water infiltration at the basement and upper floors, exterior walls, and roof which had caused severe throughout the majority of the school’s occupied spaces. The elevated plaza at the main entrance was also deteriorated, requiring the removal and reconstruction of the plaza deck and adding an ADA ramp connecting the plaza to the public sidewalk. The plaza work was a complex undertaking as two, existing 10,000-gallon underground oil tanks beneath the plaza needed to remain undisturbed and protected through construction.

A second project sought to upgrade the non-functional building-wide ventilation system, which included the installation of a new system and electric service, including removal of abandoned fan motors, new roof top units, a new heating and air conditioning system and a new firm alarm system. The existing electric service, which was at maximum capacity, was also upgraded.

Several additional accessibility elements, including the addition of an elevator, restroom accessibility and auditorium accessibility were identified in a scope report, also prepared by DMR, to make the facility programmatically ADA-accessible.